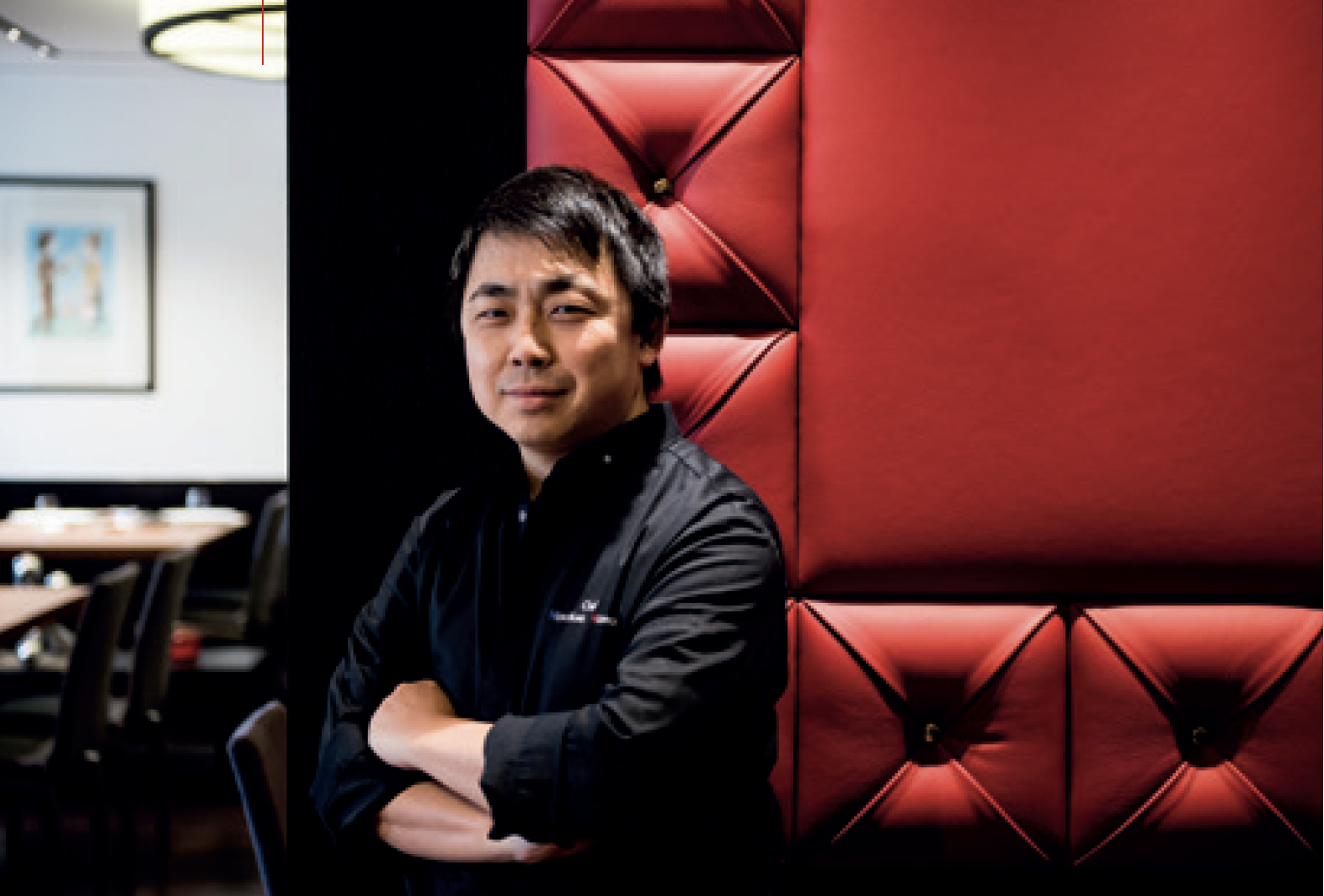 A restaurateur in Tokyo, Masafumi Hamano has travelled the world to do his ranges on Valentine's Day
Au 14 février Saint-Amour Bellevue
By Masafumi Hamano

Originally from Fukuoka in Japan, Masafumi Hamano discovered French cuisine in 1994 at the age of 18. After some significant experience at ‘Nicolas de Bec’, then at ‘La Plage’ in Lyon, he consolidated his attachment to our area by settling in 2013 in Saint Amour Bellevue, a land of milk and honey on the Beaujolais Mâconnais border. Traditional cuisine using superb local ingredients are enhanced by his eastern heritage. His menu, based on the idea of ‘8 seasons,’ illustrates his general approach in that it recognises, for example, that vegetables at the start of autumn are not the same as those after the first frosts. His subtle and sophisticated cuisine is ideally suited for the fine flavours of pumpkin and pear velouté, duck baked with mustard and the exquisite delicacy of a soft chestnut crème.