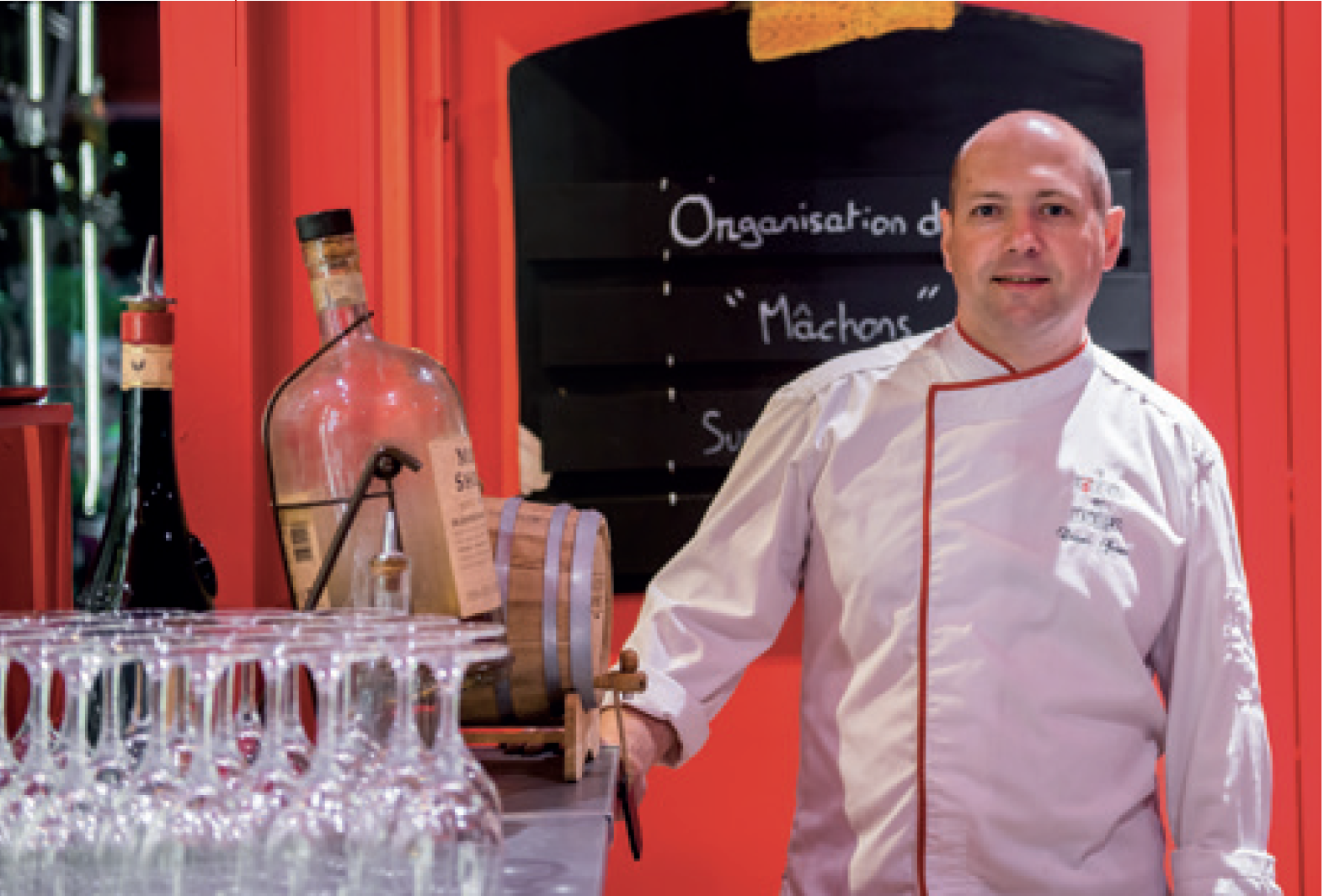 Modern, yet totally authentic. Le Bouchon des Cordeliers, with its red and white checked tablecloths, is however not full of contradictions. The restaurant opened in 2015 in a side street in the Presqu’Île well known for its penchant for ‘mâchon’(a traditional dish of pork meats or tripe) and has been able to perpetuate the heritage of these famous Lyon gastronomic institutions, from the décor to the plate, without putting a foot wrong. ‘Oeufs meurette’ (poached eggs in a red wine sauce), baked chicken liver, ‘tablier de sapeur’ (crumbed tripe) and chicken dishes with vinegar feature strongly on the menu, but there are also some surprises, such as the tasty pig trotter tatin with snails. Cédric Garin, who trained in the kitchens at Têtedoie, Troisgros and Henriroux before joining forces with his former bosses Victoria Hall, Samuel and Ludovic Campus, is not afraid to try out new combinations in ‘bouchon’ cuisine in order to improve and update dishes. The result is authentic, but also utterly modern!


Tuesday to Saturday: Open for lunch and dinner.
Sunday and Monday - Closed
SPECIALITIES