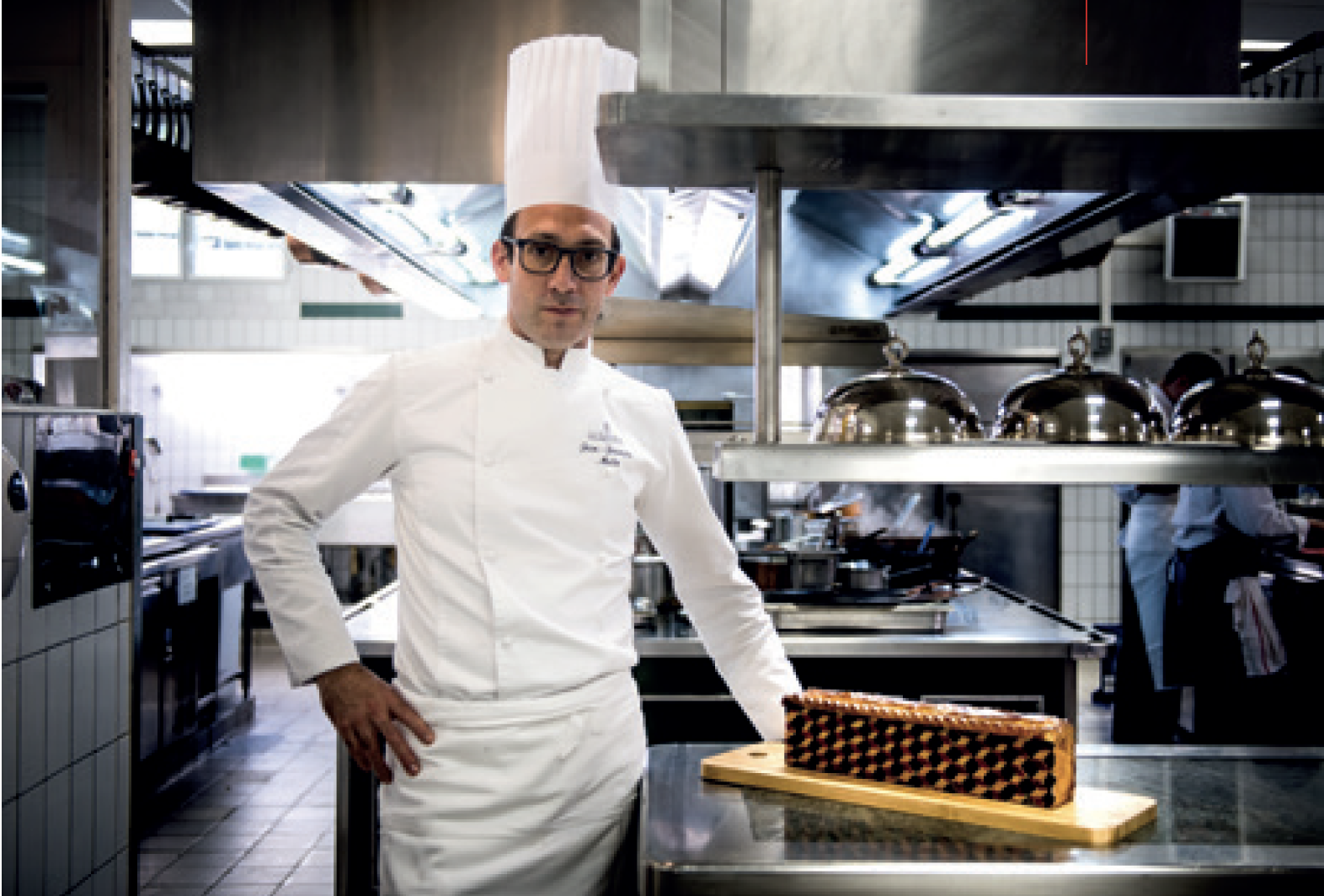 Since 2014, Jean-François Malle has been pouring all his talent into the La Rotonde restaurant, located in the prestigious surroundings of the ‘Domaine le Lyon Vert’. Although the restaurant shares its premises with the famous casino, the pleasure served up here has nothing to do with chance. The Michelin-starred chef has created an inventive menu, whose gourmet dishes are based on the best ingredients and showcase the region, without denying the chef’s Breton origins. This is illustrated by the traditionally caught monkfish or the authentic ‘kouign amann’ (Breton cake). Inspired by a taste for tradition and the hospitality shown in top French restaurants, he enthuses his whole team with his passion and enthusiasm. The wine list showcases the best producers from Beaujolais to Burgundy and is the perfect accompaniment for the pâté-croûte which won him his title as 2013 World Champion in the art of cuisine Red, even and pass!