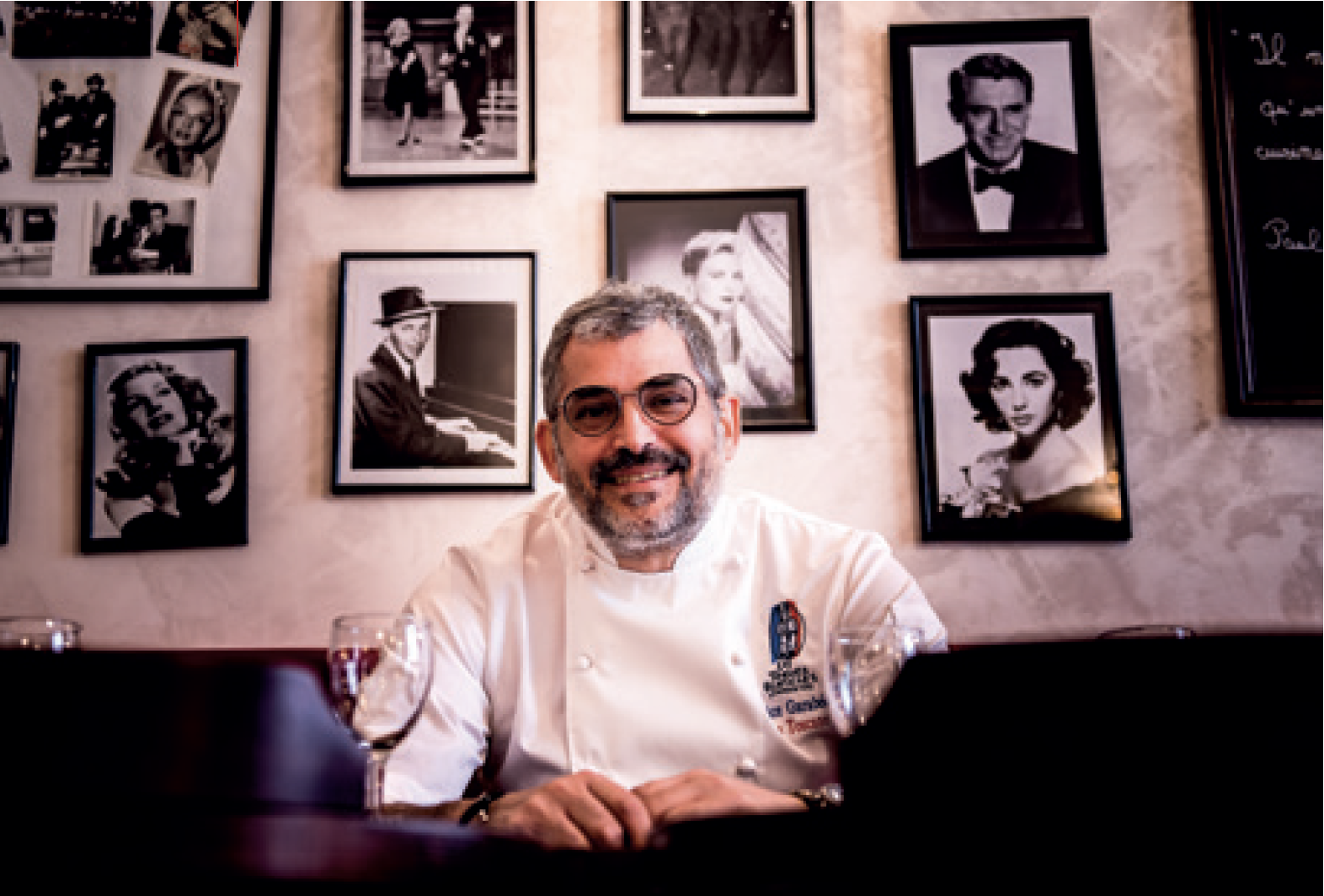 It was a (large) step that Fabrice Garabedian happily took in 2012 when he opened his own restaurant in Les Brotteaux inspired by the cheerful vineyards of Tuscany and left the legendary kitchens of Mère Vittet behind. After having showcased traditional French cuisine for many years in the kitchens of ‘Le Splendid’ (Georges Blanc), the chef from Lyon drew on his Mediterranean roots to give free rein to his passion. He loves cuisine created from great seasonal market produce, as illustrated by his incomparable gnocchi either filled with chanterelles, clams or Parma ham. In the dining area, the smiling Isabelle entices you to succumb to tremendous temptations, such as the aubergine lasagne with lobster in a truffle vinaigrette, or the iconic ‘traversin toscan’ (pork-free pâté croûte). Who says Italian cuisine is just about pizza?