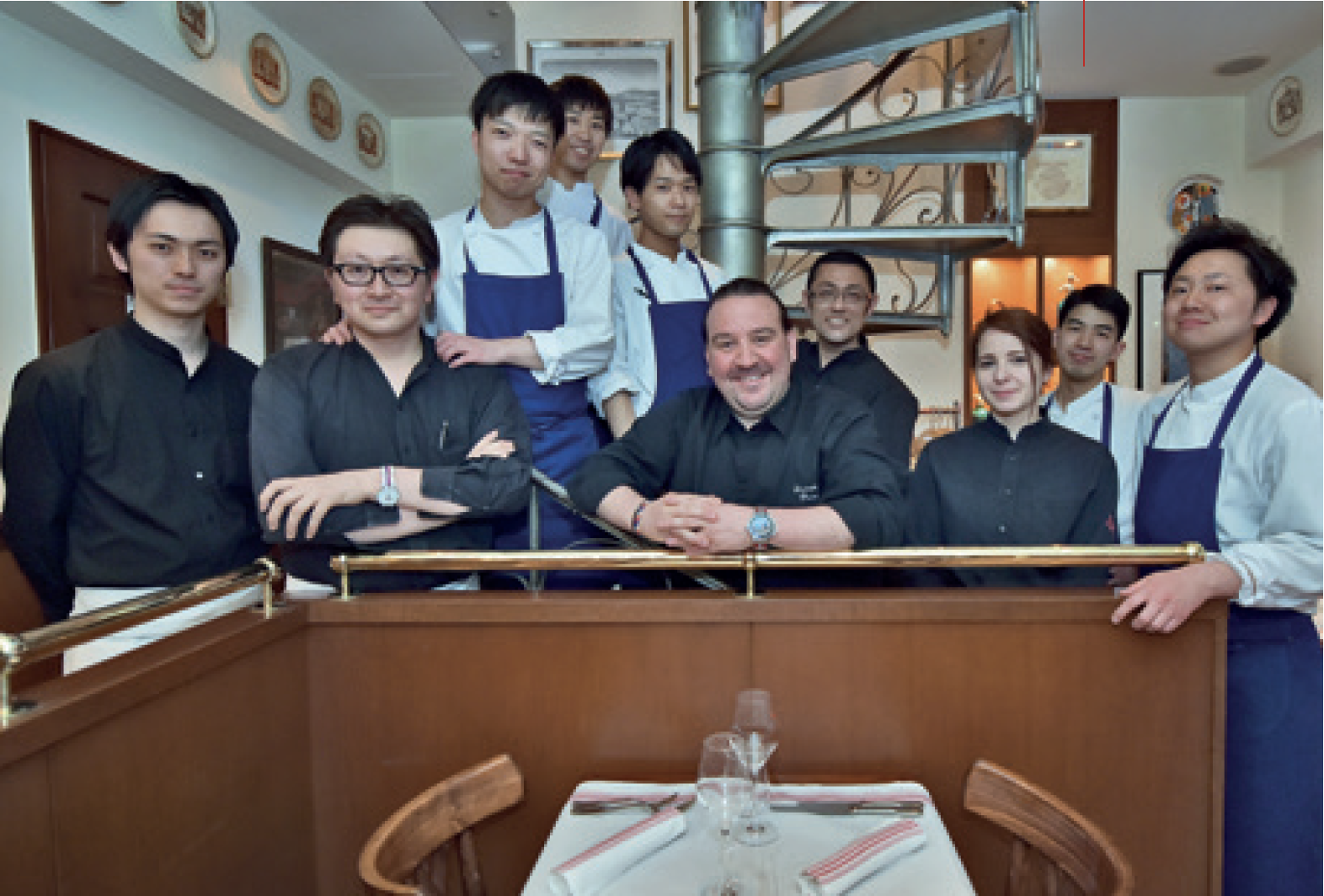 Tucked away in the heart of the famous Rue Honda Yokocho, just a stone’s throw from Bishamonten temple, Lugdunum Bouchon Lyonnais took its place in the labryinth that is Kagurazaka in September 2007. Christophe Paucod, wishing to showcase the image of his home city, searched for items in Lyon and the surrounding area. Sophisticated attention has been paid to the décor here with a 1900 spiral staircase, a traditional wood and pewter counter, Art Deco lights created by Émile Gallé and oak tables. Landscapes of Lyon, trinkets and 19th century earthenware plates from Lyon decorate the walls of the restaurant as for the cuisine, be tempted by the Salade Lyonnaise served with pig’s ear cake, the home made pistachio saveloy (the recipe for which changes with the seasons), the home made charcuterie, Mère Mauricette’s quenelles and Nantua sauce, black pudding tatin with apple, and not forgetting the Cervelle de canut (a cheese spread dip). Round things off with home made childhood favourites such as praline tart with ‘œufs à la neige’ (floating islands), and a traditional rum baba, etc.This establishment has had a Michelin star since 2011. Come and enjoy these neo-Lyonnais surroundings!