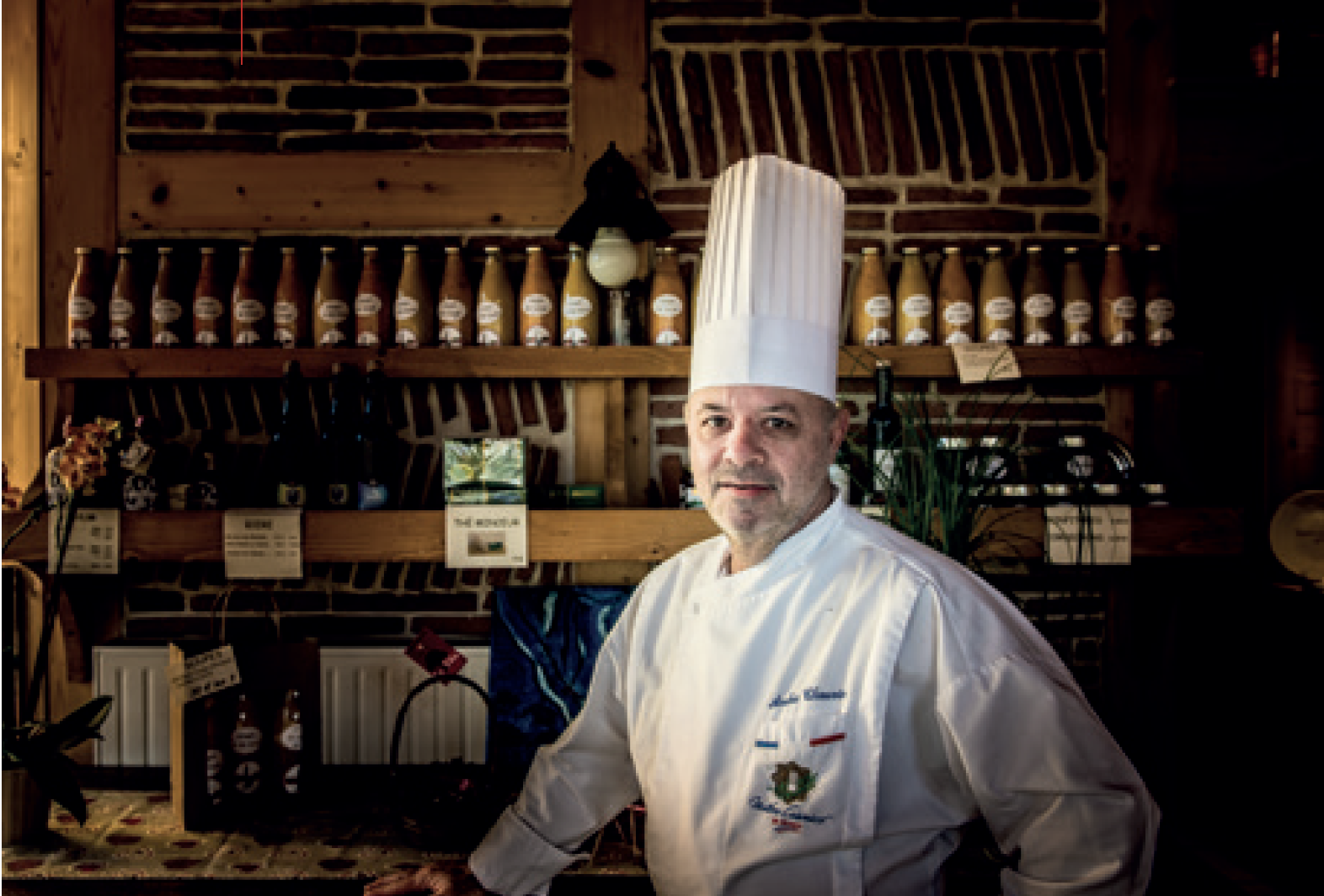 The menu of the master restaurateur is deliciously inspired by the beautiful region that serves as its setting.
Le Tilia
By André Chouvin

T he address already says a lot about the nature of the establishment. It is here, in the region of Tarare that André Chouvin grew up and decided at the age of 8 that he wanted to become a chef. He learnt the trade alongside the greatest names in the area. He then set off to travel, first to Boston and then Australia, before returning to his roots in 2007. In the kitchens of ‘Le Tilia’, the chef strives to enhance regional ingredients which he knows like the back of his hand (game, for example, when in season) with more exotic ingredients from his travels, such as wattle – an amazing legume from Australia. Eating in his restaurant is like travelling, but without the homesickness. This is illustrated by the pan-fried slice of foie gras with porcini mushrooms, hazelnut crumble and meat jus, or the lean tenderloin, buckwheat crêpe and jus with Cajun spices. The poached pear stuffed with almonds, praline mousse and pecan nut biscuit gives this restaurant, with its charming location by the hundred-year-old lime tree after which it is named, its final finishing note of pedigree.