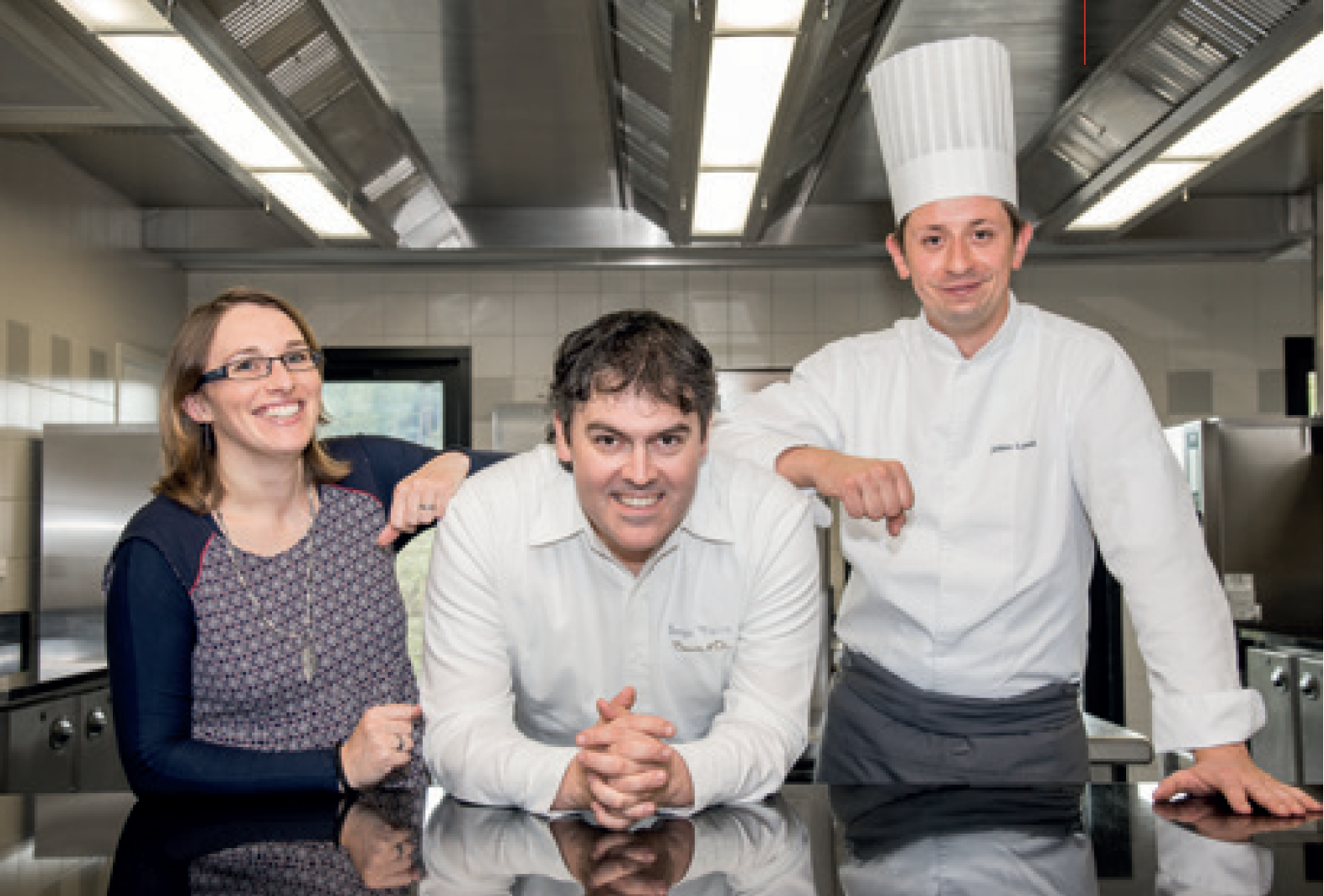 Serge Vieira wanted, imagined and created this authentic place, all in elegance, between quietness, simplicity and comfort.
Restaurant Serge Vieira
By Serge Vieira

The Serge Vieira restaurant, located in the heart of Château du Couffour high up in Chaudes-Aigues in the Cantal mountains is truly rooted in its surroundings and enjoys a breathtaking view. The chef, originally from Auvergne and a Bocuse d’Or winner at 27 has taken only three short years to obtain two Michelin stars. Serge Vieira offers a cuisine which is both easy to follow and elegant and which enjoys an interplay of acidity, texture and aesthetics. Today, the chef, who learnt his trade with Meneau and Marcon, is not slowing down in his quest to reach the top – ably supported by his wife, Marie- Aude. The gastronomic restaurant has just celebrated its 10th anniversary and is part of the very select ‘Relais & Châteaux’ group. The chef and his wife have also opened an 18-room, four-star hotel right in the centre of Chaudes- Aigues and the prettily named ‘Sodade, désir d’émotion’ bistro which has been awarded a Bib Gourmand. It is a complete package.